This month’s Home Truths features Bill Deiz, AKA Billy Ray Deiz. I was lucky enough to work with Bill last year on some family transactions, and while doing so, heard some incredible stories from his time as a musician, TV news reporter and actor in Los Angeles in the 70s.

You won a Los Angeles Emmy in your job as a news reporter for KCBS TV for your live coverage of the shootout between the police, the SLA, kidnappers of Patty Hearst. What do you remember of that day?

We were using what was, at that time, experimental technology, the so called mini-cam which allowed us to transmit live pictures and sound from the scene, and brought viewers the immediate impact of the gun battle. I staked out a position for our broadcast close enough that we literally dodged bullets fired from the SLA house. Since we had the only live pictures, our broadcast was shared by all of the LA TV stations and eventually around the world. It helped to prove the new technology and resulted in the adoption of the mini-cam as the go to for covering live breaking news.

That dramatic day led you to being cast as a news reporter in numerous TV shows in the late seventies. What are some of your memories back then of those shows?

The first was my casting as a live TV reporter in Kojak in the Goodluck Bomber episode where I got to spend the day hanging out with star Telly Savalas and had a number of scenes with Telly. I also appeared in such classics as the Incredible Hulk, Colombo, and Nighstalker, and many movies of the week.

I seem to remember you telling me that you persuaded the head of your news channel to feature in depth reports on the music scene on the Channel 2 News in L-A, which you produced and anchored? Who were some of your favorite guests?

For a full year I covered the L-A music scene and featured in my profiles stars like Neil Diamond, Loretta Lynn, Ray Charles, the Temptations and the Supremes, Lawrence Welk, Quincy Jones, Henry Mancini, even Pat Boone. We not only featured their music but also profiled them in the recording studio or getting ready for a performance. I even sang a duet with Neil Sedaka on one of the segments!

Above: Bill sang backing vocals, along with Bob Dylan and Alan Ginsberg, on Leonard Cohen’s ‘Death of A Ladies’ Man’

Music has played a big role in your life. Tell me more about that side of your life.

In college in the ‘60s I helped form a band that became The Seven Souls. We were racially integrated and played hits by James Brown, Ike and Tina Turner, and all the Motown greats. At one point we were represented by the Righteous Brothers agent, were on Ike and Tina’s record label, and had Henry Mancini’s publisher, Larry Shayne, as our manager. We were the group Bob Welch was in prior to his success with Fleetwood Mac. 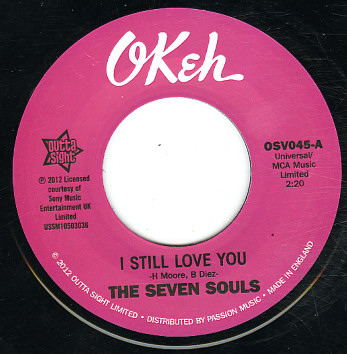 Even though you are retired now you still keep yourself very busy. What are you working on these day?

I am very active with my music, writing, producing and recording songs. I often work with a Nashville crew, some of the best in the business, including Bonnie Raitt’s guitar player, George Marinelli and producer Cliff Goldmacher. My latest project was produced entirely in Portland, a soul song, Freedom’s Song, Look Out My Window! Recorded at Opal Studio with Kevin Hahn. I hope to use it to stimulate voter registration during this critical time in our nation’s history and will devote a portion of the sales to this effort. Our website: http://freedomfyters.org/